Do the Chesterfield players really want to be professional footballers? 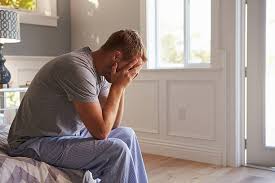 Nowadays, choosing to support a professional football team costs serious money. Football is supposed to be an entertainment sport, not a frustration generator.

Many Chesterfield fans have invested decades of their precious time and money to support their chosen team. With this level of commitment in mind, the fans have every right to voice their opinions and to take to Social Media to let their feelings about unacceptable performances be known. That is certainly the case after yesterday’s debacle against Brackley.

A Flat Spin For Too Long

Chesterfield Football Club has now been in a flat spin of bad form for close to three years. This has seen the club go from the verge of the Championship to the National League. With few more than 15 games remaining of another dismal season, they sit in the relegation spots and an unthinkable relegation to the lowly ranks of the National League North look a very real possibility.

The Current Predicament Is Not About A Lack Of Playing Budget

Chesterfield may have had more than their share of off field controversy across the last five years but the current predicament is not down to a lack of playing budget. The Spireites team has cost more than £1.3 million to assemble this season. This is actually more than some league 2 clubs, only big spending Salford City having a higher budget in the National League.

Over the years, history has produced many cup upsets. Everyone knows it’s possible for a lower league club to produce a one off performance and to beat a team from a higher league. Losing to National League North team Brackley would not have been palatable in any circumstances. However, to see a team with less than one tenth of Chesterfield’s playing budget outplay the home team is just not acceptable. The part time team looked more committed, stronger running and frankly much fitter. For a part time team to be fitter than a full time professional club is simply outrageous.

In his after match press conference, John Sheridan was careful not to rip into his players too much. Their fragile confidence may not bear up to the scathing, constructive criticsim. The poor things.

Football fans can and will forgive a lot of things but they will never overlook a lack of passion, effort, bravery and a desire to win. On too many occasions yesterday, Brackley were first to the loose ball. On too many occasions, stray passes did not result in a determination to win the ball back. Chesterfield players don’t seem brave enough to run with the ball or to shoot when a glimpse of goal appears. There is a lack of quality crosses and incised passing throughout the team.

From an effort perspective, some of the players would be well advised to examine the efforts of Jonathan Smith and Lee Shaw. Neither player appears blessed with an amazing football talent but they try to make up for their deficiencies with sheer sweat, hard running and tenacious effort. Neither Smith or Shaw leave the pitch with surplus energy and the fans truly appreciate their efforts.

After a positive three game start to his second spell at the club, Sheridan will be anxious that the green shoots of improvement were ripped away in such a disappointing fashion. It was not just the defeat against Brackley, it was the manner of the defeat.

There have been many crunch games this season and Saturday’s game against FC Halifax is another one of thoae games.

Ahead of this game, if any of the Chesterfield players are reading this post, my advice to you is simple – take a careful look in the mirror and ask yourself ‘do I really want to be a professional footballer?

Beware of the solar panel advert!!
\r\n\r\nIf you are thinking of having solar panels fitted & have seen the advert on Facebook for \'Solar panels...
New Year Resolutions
Ok, so the presents have been opened, the turkey eaten & the wine drunk, and in few days time we will welc...
New Studio For Elastic FM
Elastic FM have announced plans to move to a larger studio.  After 6 years at Station Business Centre, Stat...