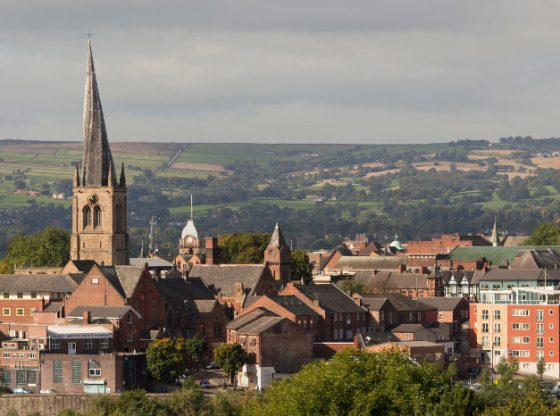 The Aquarius nightclub on Sheffield Road in Chesterfield first opened in 1972 as a cabaret club. It played host to some of the biggest stars of that era.

The club was the brainchild of JD Williamson, who also had entertainment businesses on the East coast.

Local Lad, Bernie Clifton, not only compared at the Aquarius in the early days, but also booked the acts.

From Cannon & Ball to Marti Caine and Bob Monkhouse, the Aquarius welcomed the big names in show business.

By the 1980s, the Aquarius was more popular for its nightclub, enjoying a packed house every weekend. Coaches full of revellers would turn up from around the region for a night out here.

The Aquarius finally closed its doors in 1999 – the end of an era.

Nearly a quarter of a decade later, a project is now underway to celebrate the Aquarius’s importance as a nightclub in Chesterfield. Hundreds of rare and never seen before images are to be restored and digitalised. This collection is from the former Aquarius photographer, David Miller, who has agreed to work with Dirty Stop Outs and Derbyshire Record Office to make these images publicly available.

Funded by the National Lottery Heritage Fund, the project will train volunteers in cataloguing the collection.

FULL TRAINING WILL BE PROVIDED – FOR FREE

Do you have memories and stories about the Aquarius?

The project are collecting oral history stories of former staff, party goers and hopefully people who performed at the Aquarius.

Please get in touch with Richard Godley, Elastic FM Director and Project Officer if you have anything you would like to share about the Aquarius and ‘the good old days’

The Platinum Jubilee 2022
An interview with Carolyn Wellington