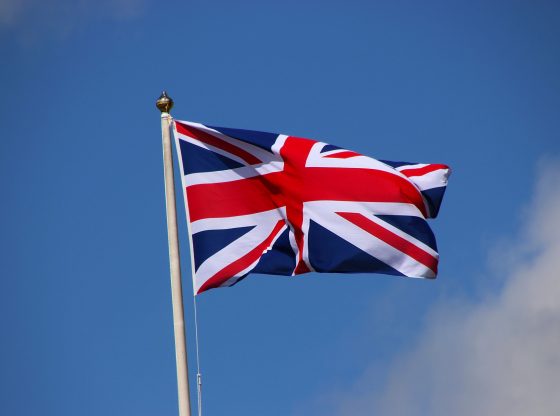 ‘I declare before you all that my whole life whether it be long or short shall be devoted to your service.’

On her twenty-first birthday, in a speech broadcast on the radio from Cape Town, The Queen (then Princess Elizabeth) dedicated her life to the service of the Commonwealth.

The Queen has ruled for longer than any other Monarch in British history, becoming a much loved and respected figure across the globe. Her extraordinary reign has seen her travel more widely than any other monarch, undertaking many historic overseas visits. Known for her sense of duty and her devotion to a life of service, she has been an important figurehead for the UK and the Commonwealth during times of enormous social change.

The Queen sees public and voluntary service as one of the most important elements of her work. The Queen has links – as Royal Patron or President – with over 600 charities, military associations, professional bodies and public service organisations. These vary from well-established international charities to smaller bodies working in a specialist area or on a local basis only.

Her Majesty supports and encourages achievement in all walks of life through the annual programme of Investitures (at which she presents members of the general public with their honours), Garden Parties, receptions and other awards given in her name, which allow her to say ‘thank you’ to all those who have contributed to the life of the nation and the Commonwealth.

This year’s Accession Day  – on 6 February 2022 – marks 70 years since The Queen acceded to the throne on the death of her father King George VI. Her Majesty has gone on to reign longer than any other British Monarch in history, and to become a beloved figure around the world. Find out more about events and announcements to mark Her Majesty’s milestone, and read more about the historic events of 1952.

In 1952, King George VI’s health was poor, and illness forced him to abandon a proposed Commonwealth tour. Princess Elizabeth, accompanied by Prince Philip, took his place. On Wednesday 6 February 1952, she received the news of her father’s death and her own Accession to the throne while staying in a remote part of Kenya.  In an instant, she had ceased to be Princess Elizabeth and became Queen Elizabeth II.

A new Monarch comes to the throne at the moment of death of the previous Monarch, hence the phrase, ‘The King is dead, long live The King! (or Queen)’

Following the news, the tour was abandoned, and the young Princess flew back to Britain as Queen. She was greeted by Prime Minister Winston Churchill and other officials at the airport before returning to Clarence House. She was officially crowned in a Coronation ceremony at Westminster Abbey the following year, on 2 June 1953.

Her Majesty’s Accession came as she was raising a young family: Prince Charles was three years old and Princess Anne just one when The Queen learnt of her father’s death. Her new duties had to take precedence over family life, with long overseas tours taking her away for months at a time.

When she was born in Mayfair in 1926, Princess Elizabeth (now The Queen) and her family did not expect that she would one day become Monarch. Her Royal Highness was expected to live a relatively normal, if privileged, life with her close-knit and loving family. But everything changed in December 1936 when her uncle – King Edward VIII – abdicated, leaving her father as King, and her – aged ten – as next in line to the throne.

A history of jubilees

Royal Jubilees are an occasion to celebrate the life and reign of a monarch, and are significant events which are celebrated around the world. Though the concept of the jubilee began in biblical times, today the term is most closely associated with the Royal Family, and the ceremony and spectacle which the term symbolises.

The celebration of the Sovereign’s jubilee years really began in the long reign of King George III. The beginning of the fiftieth year of his reign, on 25 October 1809, was marked both in Britain and the Colonies. The King and other members of the Royal Family attended a private service in Windsor and a grand fete and firework display at Frogmore. In London the Lord Mayor and Corporation processed to St Paul’s Cathedral for a service of thanksgiving before holding a dinner at the Mansion House.

The longest-reigning British monarch until The current Queen surpassed her in 2015, Queen Victoria celebrated Golden and Diamond Jubilees marking 50 and 60 years of her reign.

Queen Victoria’s Golden Jubilee was celebrated on 20 and 21 June 1887. On 20 June the day began quietly with breakfast under the trees at Frogmore, the resting place of her beloved late husband, Prince Albert.

She then travelled by train from Windsor to Paddington and across the parks to Buckingham Palace for a royal banquet in the evening. Fifty foreign kings and princes, along with the governing heads of Britain’s overseas colonies and dominions, attended the feast.

She wrote in her diary of the event: “Had a large family dinner. All the Royalties assembled in the Bow Room, and we dined in the Supper-room, which looked splendid with the buffet covered with the gold plate. The table was a large horseshoe one, with many lights on it.

Ten years later, Queen Victoria’s Diamond Jubilee was marked by celebrations, including, on 22 June 1897, a procession to St Paul’s Cathedral, where a short service of thanksgiving was held outside the building, as the Queen was too frail to manage the steps.

Eleven colonial Prime Ministers were in attendance. The Queen’s progress continued via the Mansion House across London Bridge and through South London, before returning over Westminster Bridge, past the Houses of Parliament to Buckingham Palace.

In her journal the Queen wrote: “No one ever, I believe, has met with such an ovation as was given to me, passing through those 6 miles of streets . . . The cheering was quite deafening & every face seemed to be filled with real joy. I was much moved and gratified.”

In 1977 The Queen’s Silver Jubilee was marked with celebrations throughout the UK and Commonwealth.

The actual anniversary of The Queen’s Accession on 6 February 1952 was commemorated in church services throughout that month. The Queen spent the anniversary weekend at Windsor with her family and the full jubilee celebrations began in the summer of 1977.

The Queen’s Silver Jubilee Appeal was set up in 1977, and gave the nation an opportunity to show its affection for Her Majesty and its gratitude for her dedicated service over 25 years. The Queen chose that the Appeal should focus on raising funds to support young people and, in particular, on encouraging and helping young people to serve others in the community.   The Queen’s Silver Jubilee Trust (now operating simply as The Queen’s Trust) has made grants of over £80m, funding projects that help young people help others. Its emphasis is in education and personal development, in and out of school, in low-income communities across the UK.

A packed programme of events took place in 2002 to celebrate fifty years of The Queen’s reign. Six key Jubilee themes shaped events: Celebration, Community, Service, Past and future, Giving thanks and Commonwealth.

The Queen and The Duke of Edinburgh undertook extensive tours of the Commonwealth and the UK, leading to an extraordinarily busy year for the royal couple.

“Gratitude, respect and pride, these words sum up how I feel about the people of this country and the Commonwealth – and what this Golden Jubilee means to me.”

The Queen and The Duke of Edinburgh celebrated their 60th wedding anniversary on 20 November 2007.

Events to mark the anniversary included a Service of Celebration at Westminster Abbey followed by the unveiling of a new Jubilee Walkway panoramic panel in Parliament Square.

The couple also returned to the location of their honeymoon: Broadlands in Hampshire, home of Prince Philip’s uncle, Earl Mountbatten, to recreate the photographs which had been taken 60 years previously.

The Diamond Jubilee was marked with a spectacular central weekend and a series of regional tours throughout the UK and Commonwealth.

The Queen and The Duke of Edinburgh travelled as widely as possible across England, Scotland, Wales and Northern Ireland, visiting every region during 2012 whilst other members of the Royal Family visited all of the Commonwealth realms (countries where The Queen is Head of State) between them. Visits included The Prince of Wales and The Duchess of Cornwall in Australia, Canada, New Zealand and Papua New Guinea and The Duke and Duchess of Cambridge in Tuvalu.

The day was treated as any other day as The Queen and Prince Philip travelled by steam train from Edinburgh to Tweedbank, where she formally opened the new Scottish Borders Railway, although she did refer to the milestone in her speech saying:

“Prince Philip and I are very grateful for the warmth of your welcome on this occasion. Many including you, First Minister, have also kindly noted another significance attaching to today, although it is not one to which I have ever aspired. Inevitably, a long life can pass by many milestones; my own is no exception. But I thank you all, and the many others at home and overseas, for your touching messages of great kindness.”

The Queen celebrated her 90th birthday on 21 April 2016 and her official birthday on 11 June 2016, the second day of three days of national celebrations.

Her Majesty’s actual birthday was spent in Windsor where she meet well-wishers during a walkabout in the town centre and met others celebrating their 90th birthdays, before unveiling a plaque marking The Queen’s Walkway. Later in the evening, Her Majesty, with The Prince of Wales, lit the principal beacon which set in train a series of over 900 beacons across the country and worldwide to celebrate her momentous milestone.

6 February 2017 marked 65 years since The Queen acceded to the throne, becoming the first British Monarch to mark their Sapphire Jubilee.

To coincide with the occasion Buckingham Palace re-released a photograph of Her Majesty taken by David Bailey in 2014. In the photograph, The Queen is wearing a suite of sapphire jewellery given to her by King George VI as a wedding gift in 1947.

June 2022 sees the Queen celebrate 70 years on the throne and the country will celebrate with an extended bank holiday weekend commencing Thursday 2nd June and Elastic FM will take to the main stage at the Staveley Jubilee Jamboree which is taking place in market square from 12-7pm.

All of the entertainment and activities are free with a request for a charitable donation to be made.

Others in the area may be having street parties as we celebrate with our union jack bunting on display and eating afternoon tea.

This year the country was also invited to create a jubilee pudding and the winner was announced “lemon swiss roll and amaretti trifle” sounds delicious. Here is the link should you want to create it https://www.bbc.co.uk/food/recipes/lemon_swiss_roll_and_42467

Derbyshire Distillery have also created the pudding in a gin and are offering 15% discount until 24th May using jubilee15 at checkout. The suggested tonic to accompany the gin is lemon tonic with a wedge of lemon