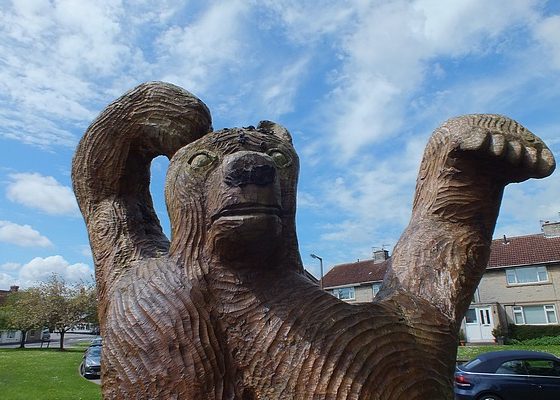 When Jo Luxton, a mother of children at Barlborough Primary School, was on holiday last summer in Bridlington, little did she know that an idea she saw, would take her home village of Barlborough by storm this Christmas.

But take it by storm it did and ‘Christmas Rocks in Barlborough’ has served to bring together the community like nothing before.

The idea is that children decorate a rock or rocks with a Christmas theme and then hide them around the village for others to find. If a rock was found then the finder was encouraged to put a picture of themselves with the rock on the Christmas Rocks in Barlborough Facebook group page, so that everybody to see that their rock had been found.

Then you had to re-hide the rock you found in a new place, and so the whole process started all over again.

Well, in the first few days the Facebook page had a few pictures uploaded, and slowly the trickle became a stream & then a torrent. People were decorating rocks at a fast rate, and calls went out for new rocks.

Then, a new development arose – in the 5 days before the end of term 5 special ‘Golden Rocks’ would be placed around the village – one each day, and the finder would be rewarded with a prize. No sooner had this been launched than people were offering to make donations of prizes for each ‘golden rock’. Another example of the village community coming together.

As the days wore on, everywhere you went the conversation was all about the ‘Christmas Rocks’ – a change from the usual chat about the weather!!

Then, another development! One parent suggested that on Christmas Eve all the rocks that people had should be placed under the Christmas Tree on the village green, as a display of Christmas cheer & to show how many rocks had been circulating around.

The ‘Christmas Rocks in Barlborough were featured on the Elastic FM ‘Friday Live’ Show and Jo Luxton became an overnight ‘radio star’.

So it just goes to show, how from small beginnings, an idea can grow & grow, embracing the whole of a village community.