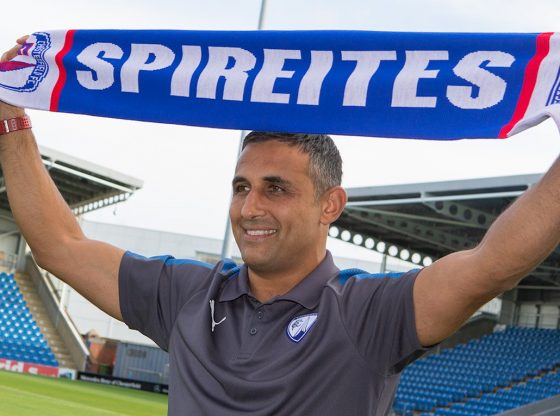 January 2018 will be rightly regarded as one of the most important times in the history of Chesterfield FC. A national newspaper has reported that former Newcastle United player Lucas Cominelli is involved in the takeover discussions. The Argentinian, who is a Football Agent represents Sheffield Wednesday star Fernando Forestieri, is rumoured to be negotiating on behalf of the interested firm, which we understand resides in China.

Chesterfield FC Director Ashely Carson has assured the Derbyshire Times that the club has a ‘plan B’ for the transfer window, as a contingency as in case the purported takeover by a Chinese firm does not come to fruition.

Ashley Carson has suggested that an agreement has been reached to sell the club to overseas investors, but the deposit (which was positioned as a key part of the deal) had not yet been paid.

In a Chesterfield FC Fans Facebook Group, supporters have expressed concerns that if the takeover was delayed, manager Jack Lester may not be granted the budgets to make the necessary improvements to his squad.
With a crippling injury crisis only leaving only one fit Centre Half at the entire Club, the concerns of fans are understandable. In the News YEars Day game at Coventry, Centre-half Sam Hird complained of a sharp pain in his thigh and Scott Wiseman was sent off.

A serious knee seems certain to have ended Captain Ian Evatt’s season, and the club is down to the bare minimum across the squad and several reinforcements are needed.

Carson has indicated that owner Dave Allen is prepared to make funds available so Lester can add to his depleted squad but he made the point that some current players will still need to depart. With several fit players seemingly not fitting the mould for Lester, there is a hope that players can be moved out on loan or released if contract terms can be reached.

Carson told the Derbyshire Times that the plan B is being worked upon and that Jack Lester has some money is available.
Karen Child supports Elastic FM
Christmas Rocks in Barlborough!!