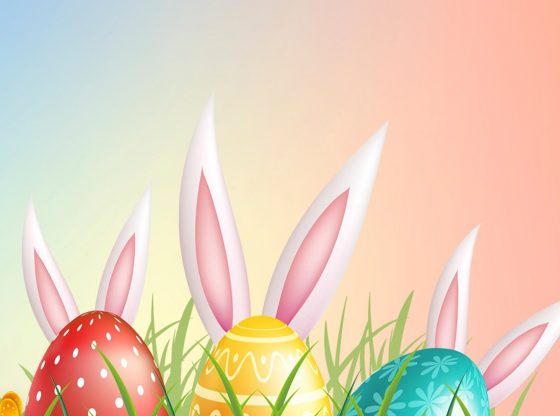 Easter is one of the principal holidays, or feasts, of Christianity. It marks the Resurrection of Jesus three days after his death by crucifixion. For many Christian churches, Easter is the joyful end to the Lenten season of fasting and penitence.

In the New Testament of the Bible, the event is said to have occurred three days after Jesus was crucified by the Romans and died in roughly 30 A.D. The holiday concludes the “Passion of Christ,” a series of events and holidays that begins with Lent—a 40-day period of fasting, prayer and sacrifice—and ends with Holy Week, which includes Holy Thursday (the celebration of Jesus’ Last Supper with his 12 Apostles, also known as “Maundy Thursday”), Good Friday (on which Jesus’ crucifixion is observed) and Easter Sunday. Although a holiday of high religious significance in the Christian faith, many traditions associated with Easter date back to pre-Christian, pagan times.

Maundy Thursday is part of the Christian celebration of Easter and marks the night of the Last Supper as told in the Bible. At the Last Supper, Jesus commanded that people should love one another, he then washed the feet of his disciples as an act of kindness.

On Maundy Thursday, the Queen traditionally offers ‘alms’ to senior citizens to recognize their service to the church or community.

The special coins were given to pensioners who have given Christian service to the elderly, worked during the pandemic or helped people in need. A 99-year-old recipient who served in the Women’s Land Army during World War Two said she was “honoured” to receive Maundy money.

Each recipient of Maundy money is given two small leather purses by The Queen, one red and one white. The first contains a small amount of ordinary coinage which symbolises the Sovereign’s gift for food and clothing. The second purse contains Maundy coins up to the value of the Sovereign’s age.

Good Friday is a period of reflection in preparation for Eastern. For Christians and Catholics, Good Friday is the day that celebrates the most crucial day in the history of their religious beliefs. On Good Friday, Jesus willingly suffered and died by crucifixion ad the ultimate sacrifice for humanity’s scenes.

According to Christianity Jesus sacrificed his own flesh on Good Friday, so the rule is to avoid eating meat on this day. The church in the medieval era decreed that meat from warm-blooded animals should be avoided every Friday, and also on Wednesdays during Lent, and historically this was a rule Catholics followed.

Some Christians fast (go without food) on Good Friday. This helps them remember the sacrifice Jesus made for them on the day of crucifixion. Some Christians take part in a procession of witness, carrying a cross through the streets and then into church. Many churches hold a special service.

Everyone knows and loves hot cross buns, which are traditionally eaten on Good Friday. A 12th century monk was the first person to mark a bun with a cross, but it wasn’t until the 16thand 17th century when the first definitive record of the buns was made in text.

Before baking, a cross is slashed on the top of the bun and post baking, icing sugar is used to fill the cross. The cross denotes the Catholic imagery of the crucifixion of Jesus Christ. The symbolism of the hot cross bun, dates back to ancient times and was adopted by Christians, as a Good Friday food.

The bun marks the end of the Christian season of Lent and different parts of the hot cross bun have a certain meaning, including the cross representing the crucifixion of Jesus, and the spices inside signifying the spices used to embalm him at his burial.

Easter day, like Christmas day, is also associated with special food. Boiled eggs are traditionally served at breakfast. Roast lamb, which is the main dish at Jewish Passover, is the traditional meat for the main meal on Easter Day. Simnel cake is baked for tea.

The Easter bunny also makes an appearance, according to tradition, the Easter Bunny would arrive over Easter weekend, either on Easter Sunday morning or the night before, in time for when the children wake up on Easter morning to find their eggs. The first Easter eggs that were hidden were painted or dyed chicken eggs.

Easter also marks the Spring season where brighter and longer days are ahead. It’s a time for flowers to bloom, the blossom to appear on trees and animals to be born.

I’ve always wanted to go and see the tulip fields in Amsterdam and know that the best time of year to go is now. With the events of the last 2 years, we have stayed in the UK and appreciated everything that is on our doorstep. I was delighted the learn that Ashover Family Farm are open daily from 9th April 10am – 6pm and have over 50,000 tulips to walk amongst and pick. They have loads of different varieties and colours. Its £4 entry per person and 50p per stem. To make a morning or afternoon of it, they will also be selling refreshments and cake. Why not pop over during the Easter holidays.

The board and team at Elastic FM wish you a very Happy Easter and blessings for the year ahead.