Millington: Good foundation to build on 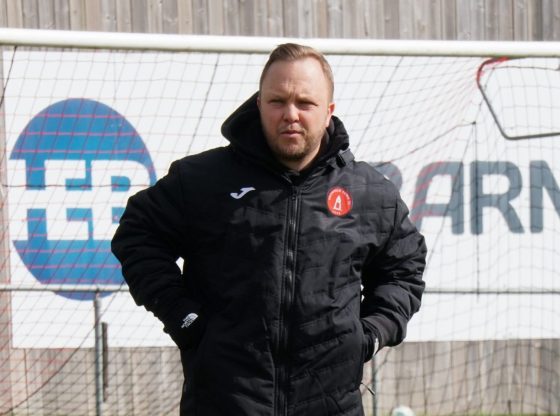 Dronfield Town have a good foundation to build on. Elastic FM’s David Bell caught up with Town first team manager Chris Millington ahead of their final game of the 2021-22 season to discuss his thoughts on an enjoyable campaign for the North Derbyshire side.

Dronfield’s season got off to an inauspicious start, losing ten of the first twelve league matches as Millington and his managerial team of Nick Siddons and Chris Bullock set about regrouping the squad in the face of retirements, long term injuries and the introduction of young players from the club’s development teams.

The turnaround was remarkable. A 3-3 draw at Clipstone with a last minute equaliser from Tom Gladwin appeared to be the catalyst as Dronfield went on to fourteen wins and five draws as well as reversing a -28 goal difference to a +15 one in the next twenty seven games.

Dronfield sit in eleventh place going into their final game against tenth placed Hall Road Rangers, although their Hull-based hosts have two games in hand on their visitors from Derbyshire.

Regardless of their final finishing place, it has been a season of great entertainment, resilience and promise for the men from the HE Barnes Stadium and the hope is that they can press on to even greater things in season 2022-23.

You can listen to David’s interview with Chris Millington below.