Love is in the air

Home /Blog/Love is in the air 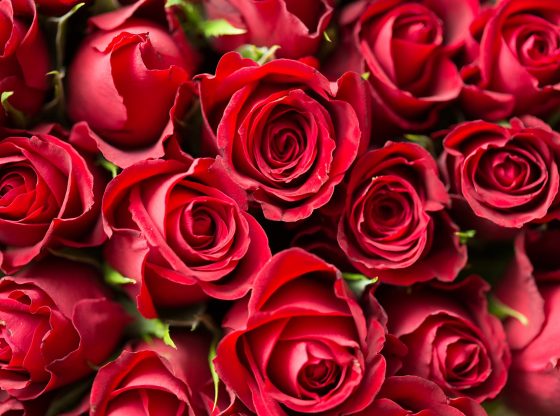 This Valentine’s Day, it’s estimated we’ll be giving over 18 million cards to our loved ones in the UK as well as treating them to romantic gifts, with younger people being the keenest to make an effort for the big day. On average, over 10,000 people propose and three times more couples tie the knot on 14th February than on any other weekday in the UK. But how did it all start and why do we celebrate Valentine’s Day?

Beginning with a couple of Bishops

Valentine was a common name in Roman times, meaning “strong and healthy”. It was also the name of several Catholic saints including a bishop who was martyred on 14th February 269 AD. Legend has it that St Valentine helped soldiers to wed in secret when the Emperor banned them from marrying, and so he was imprisoned. Another story adds that he signed a letter to his gaoler’s daughter, whose blindness he cured, “from your Valentine.” Although it’s not clear whether these relate to the same, or different, Valentines!

A couple of hundred years later, Pope Gelasius apparently decreed that 14th February should become St Valentine’s Day, displacing the older pagan festival of Lupercalia. By the middle ages Valentine would become one of the most popular saints in England and France.

In the Middle Ages, Chaucer refers to Valentine’s Day as being a day of love when the birds choose their mates in “The Parliament of Fowls.” It was also then regarded as the first day of Spring for this reason.

Valentine’s Day was made a public holiday by King Henry VIII in 1537, when he was married to his third wife (and therefore perhaps not the best example of a true romantic!). Shakespeare also refers to its romantic aspects but it’s difficult to know how widely Valentine tokens and notes were given, or whether these were restricted to the aristocracy and more affluent, literate households.

It wasn’t until the mid eighteenth century that handwritten Valentine notes and cards were widely sent by many people, and became an essential part of the Valentine’s Day celebrations.

Cupid is often portrayed on Valentine’s Day cards as a naked cherub launching arrows of love at unsuspecting lovers. But the Roman God Cupid has his roots in Greek mythology as the Greek God of love, Eros.

According to the Greek Archaic poets, Eros was a handsome immortal played with the emotions of Gods and men, using golden arrows to incite love and leaden ones to sow aversion. It wasn’t until the Hellenistic period that he began to be portrayed as the mischievous, chubby child he’d become on Valentine’s Day cards.

The Victorians elevated Valentine’s Day to the next level. In the 1840s, cards started to be mass produced and they were also cheap to send with the new Penny Post. Although more basic designs could be inexpensive, men could also spend up to a whole month’s wages on lavishly designed cards!

The “language of flowers” or floriography was very popular and suitors used cards and bouquets to signify their intentions and emotions. Daffodils represented new beginnings, lilies of the valley meant a return of happiness, and red roses of course showed love! In the 1860s, Richard Cadbury created chocolates in heart shaped boxes decorated with flowers and Cupids, which gifts could later be used to store trinkets and love letters.

And the core elements of Valentine’s Day as we know it today were all in place!

Inevitably the world’s most popular day for lovers has continued to become more commercialised as it’s grown – but at its heart it’s still a celebration of the importance of romance and the special connection between partners. It’s about spending time with a loved one and possibly giving them a thoughtful gift and/or card that doesn’t have to cost the earth!

And of course not all countries celebrate Valentine’s Day in quite the same way.

To celebrate or not

How will you be spending Valentine’s Day this year?

Are you looking forward to celebrating it with your partner or is it just too commercialised for you?

Are you single and you’d rather forget all about it?

Listen to Carolyn Wellington’s “The Perfect Balance” show between 10am & 12pm on Valentine’s Day and drop her a message to play a song for your special someone. I’ve requested her to play my first dance song from my wedding in August 2007 which was  “Hero” by Enrique

Let us know in the comments box below your song for your special someone or how you plan to spend the day. Whatever you do on 14th February, we hope you have a lovely time whether you choose to celebrate or not.