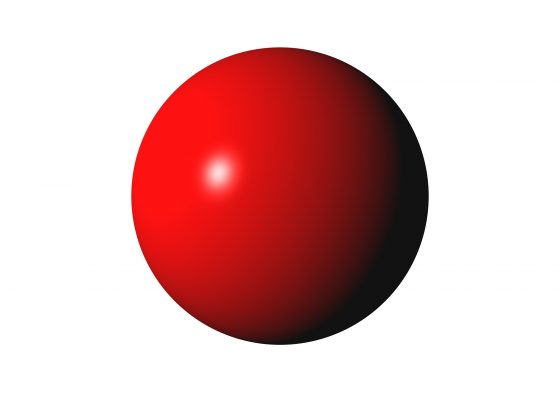 People across the UK whether in schools, businesses or as individual human beings are encouraged to participate in fun activities and raise funds no matter how big or small to help people live free from poverty, violence and discrimination.

We are currently living in a world where organisations are supporting the people right now in Ukraine, and those attempting to cross the border. All of the board and presenters at Elastic FM pray for the people who are in the war zone and know that there will be local people who may have family and friends affected directly and indirectly by the situation and we want to make sure that you are supported in whatever way we can.

The history of Red Nose Day

Since its launch in 1988, Red Nose Day has become a much-anticipated date in the calendar. It’s the day when people across the land join forces to raise money for brilliant causes in the UK and around the world.

Over 30 million people tuned in to watch ‘Blackadder – the Cavalier Years’ and the Young Ones on ‘University Challenge’.

On TV we saw the premiere of Night of the Comic Dead – a terrifying tale of ordinary folk haunted by a disgusting array of Comic Ghouls from French and Saunders to Frank Carson.

Dawn French, Jennifer Saunders and Kathy Burke reached number 3 in the UK charts with their single ‘Lananeenoonoo’ (with a little help from Bananarama).

An incredible £20million was raised.

On TV we saw Mr Bean in a ‘Bling Date’ spectacular whilst Angus Deayton, Ian Hislop and Paul Merton took on a number of sporty celebs in ‘Have I Got a Question of Sport for you’.

An amazing total of £18million was raised.

1997 – Dawn French, Jennifer Saunders and Kathy Burke joined the Spice Girls in remaking their iconic music video for the single ‘Who Do You Think You Are?’ selling 672,577 copies.

Over £27million was raised.

1999 – Jonny Depp and Dawn French starred in a Vicar of Dibley special and Alan Partridge performed his Kate Bush medley.

Boyzone reached number one with When The Going Gets Tough, The Tough Get Going.

Red Nose Day 1999 broke records – including ‘The most naked people on stage at one time’. A total of £35 million was raised.

2001 – ‘Say pants to poverty’ saw great swathes of the public sport their pants with pride, raising a whopping £55 million.

2003 – Celebrity Fame Academy saw top TV personalities including Ruby Wax and Fearne Cotton attempt to wow the judges with their vocal skills. Dawn French took on the role of Harry Potter in a spoof special and Gareth Gates and The Kumars reached No 1 with Spirit in the Sky – the second-biggest single of 2003.

Peter Kay and Tony Christie performed Amarillo for the first time with the single going straight in at number one and stayed in the top spot for seven weeks selling over one million copies and becoming the biggest selling download of 2005.

The official music single ‘Walk this Way’ by Girls Aloud and the Sugababes hit the top of the charts while I’m The Proclaimers ‘(I’m Gonna Be) 500 Miles’ – featuring Peter Kay as Phoenix Night’s Brian Potter and Matt Lucas as Little Britain’s Andy Pipkin – became the fastest-selling video download ever. Red Nose Day 2007 raised a whopping £67.7 million!

2009 – Gary Barlow lead a BT sponsored team of celebrities up Mount Kilamanjaro, raising a whopping £3.5 million along the way.

On TV, there was a live performance from Take That, Smithy giving the England men’s football team a pep talk and a hilarious Mamma Mia tribute from French and Saunders which was their last sketch together.

Over £82.3 million was raised, smashing all previous records.

Chris Moyles earnt a place in the Guinness Book of Records for his 52 hour marathon show.

Due to the publics generosity, all previous totals had been smashed raising £108,436,277!

2013 – Celebrity friends Melanie C, Jack Dee, Chelsee Healey, Phillips Idowu, Greg James and Dara O’Briain raised £1.1 million rowing the Zambezi river. Back on dry land, Miranda Hart had a very Mad March and raised another £1.1 million. One Direction hit number one in 63 countries with their official single, ‘One Way or Another (Teenage Kicks)’.

On the night of TV the public were treated to Call the Midwife, Simon Cowell’s wedding and the return of two comedy legends, David Brent and the Vicar of Dibley. All that raised an incredible total of £100,331,808!

On TV, the Vicar of Dibley got punchy in a hilarious bid to become a bishop. Daniel Craig and Roger Moore sounded seriously off key as 007, while Stephen Hawking transformed his super-size robot and attacked David Walliams in Little Britain.

2017 – In the run up to this year’s Red Nose Day, there were a whole host of 24-hour challenges raking in the cash.

First off, DJs Scott Mills and Chris Stark undertook an epic LOL-a-thon, telling joke after joke on air all through the night. Then Radio 2’s Sara Cox boogied to a whole 24 hours of 80s tunes, raising well over one million pounds. A YouTube first, famous vloggers also took part in a ‘RedOut’, spreading an important message about vulnerable young people.

Ed Sheeran and Kurrupt FM joined forced in a daring new music video, Take That and James Corden tried to break America in carpool karaoke and the cast of Love Actually reunited for a heart-warming ten minute special.

All of that, plus the generosity of the British public, saw Red Nose Day 2017 pull in over £76 million!

2019 – This year saw the return of the Kilamanjaro challenge with 9 celebrities taking on the 19,000 feet climb up Africa’s highest mountain.

Claudia Winkleman and Tess Daly took on the longest ever Dancethon. There was a special reunion of the cast of Four Weddings and a Funeral for the first time in 25 years for ‘One Red Nose Day & a Wedding’

2021 – It never felt more important to use the power of laughter to make a difference to the people living incredibly tough lives in the UK and across the world this year.

Billy Monger took on an epic triathlon inspired challenge, and The One Show’s Alex Scott and Jermaine Jenas braved tough terrain to compete in the Red Nose and Spoon Race. The Radio1 LOL-a-thon with Scott Mills and Chris Stark returned and was bigger than ever with more than 24 hours of comedy gold.

Whatever your plans are for today & this evening, please spare a thought for those living in poverty, suffering violence and discrimination. Let’s make a difference to their lives.

Here is a list of local organisations that are making a difference in our community.

Benefits of Journalling
Show her you care