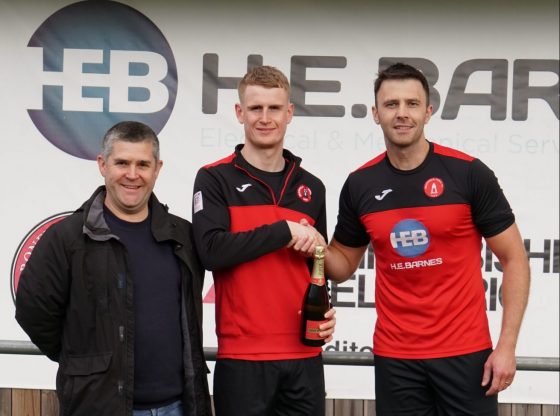 Clowne native Owen Lester has been named as the Elastic FM Dronfield Town player of the season.

The young midfielder, in his first season with Town’s senior side, took the award in an online vote after fighting off competition from Dronfield top-scorers Callum Mawbey and Sam Bebbington as well as central defender Billy Wright.

Lester has impressed with his thrilling box to box displays and tough tackling, making 23 appearances with 4 as substitute and scoring 3 goals to boot.

David caught up with Owen after Dronfield’s final home game for his thoughts on winning the award.

Show her you care
Millington: Good foundation to build on